Queen Elizabeth National Park is one of Uganda’s oldest protected areas. Originally gazetted as the Lake George and Lake Edward game reserves in 1925, it was upgraded to create one of Uganda’s first national parks in 1952. Queen Elizabeth lies directly on the equator. A pair of concrete hoops marks the spot where the 0O line crosses the Kasese road.
The park is home to over 95 mammal species and over 600 bird species. The park’s highest point, 1,350m above sea level, is found in the Katwe Explosion Craters while the lowest point is 910m on the shore of Lake Edward. Scenic and biodiverse, Queen Elizabeth National Park (QENP) is Uganda’s most popular protected area. Diverse ecosystems, including sprawling savanna, shady forests, sparkling lakes and lush wetlands, provide ideal habitats for classic big game, forest primates, and birds.
An abundance of magnificent vistas include the jagged backdrop of the Rwenzori Mountains; rolling hills pocked with extinct volcanic craters; open, rift valley grasslands at Kasenyi and Ishasha; the hippo-lined Kazinga Channel; and the Mitumbe mountains in Congo rising above the distant, western shore of Lake Edward Queen Elizabeth National Park and its surroundings are also of cultural and historical interest. There are many opportunities for visitors to meet the local communities and enjoy storytelling, dance, music and more. The park was initially named Kazinga National Park in 1952, but was renamed two years later to commemorate a visit by Queen Elizabeth II.

QENP’s various habitats support a wealth of wildlife with more mammal species (95) than any other Ugandan park and over 600 bird species – a phenomenal number for such a small area. Expect to see safari favourites such as elephants, buffaloes and hippos. The chances of finding lions on the plains of Kasenyi and Ishasha are good, especially with a ranger guide, while leopard sightings are frequent, though unpredictable, around Mweya and the nearby Channel Track.
Classified as an Important Birding Area by Birding International, QENP is a superbly varied destination for birdwatchers with species representing the park’s varied habitats. Its location at the overlap of East African savanna and Congo forest also means that species from both biomes are present.

Bunyaruguru people live on the Kichwamba Escarpment to the southeast of QENP. The area to the north of the park is the home of Basongora pastoralists while Bakonzo farmers cultivate the slopes of the Rwenzori mountain beyond. ACCESS Roads Two routes run from Kampala to Mweya, the primary tourism hub in QENP. The most scenic route passes through Fort Portal (410km) and offers detours to Kibale, Semuliki and Rwenzori Mountains national parks. The alternative (420km) runs through Mbarara and Bushenyi and passes Lake Mburo National Park. QENP’s southerly Ishasha sector is directly on the main route to/from from Buhoma, the main mountain gorilla tracking trailhead in Bwindi Impenetrable National Park, which lies 62km south. Air Charter flights can be arranged to airstrips at Kasese, Mweya and Ishasha.

Daytime temperatures average 18-280C. Nights can be cool.
When to Visit
All year round 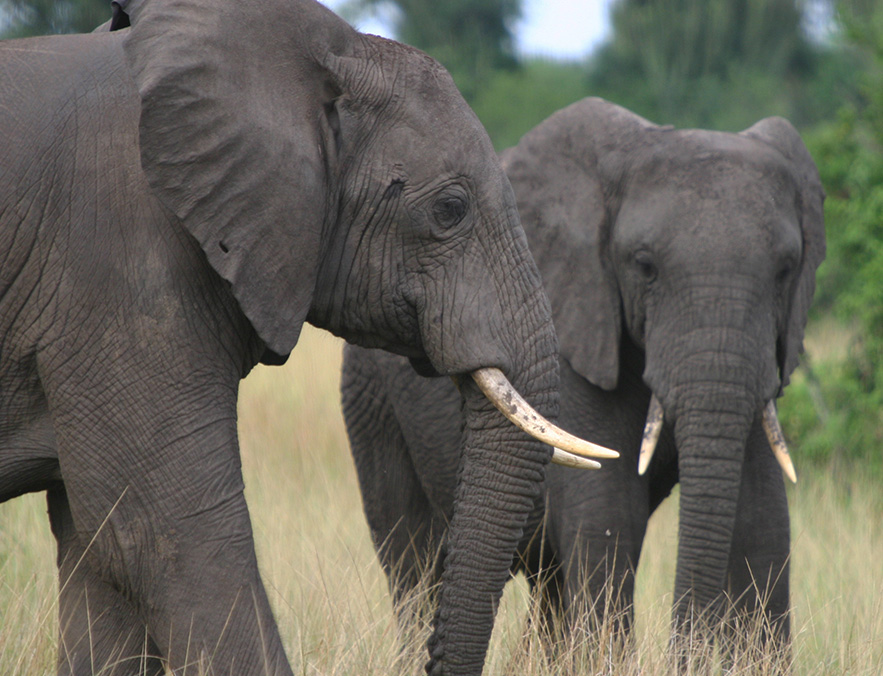 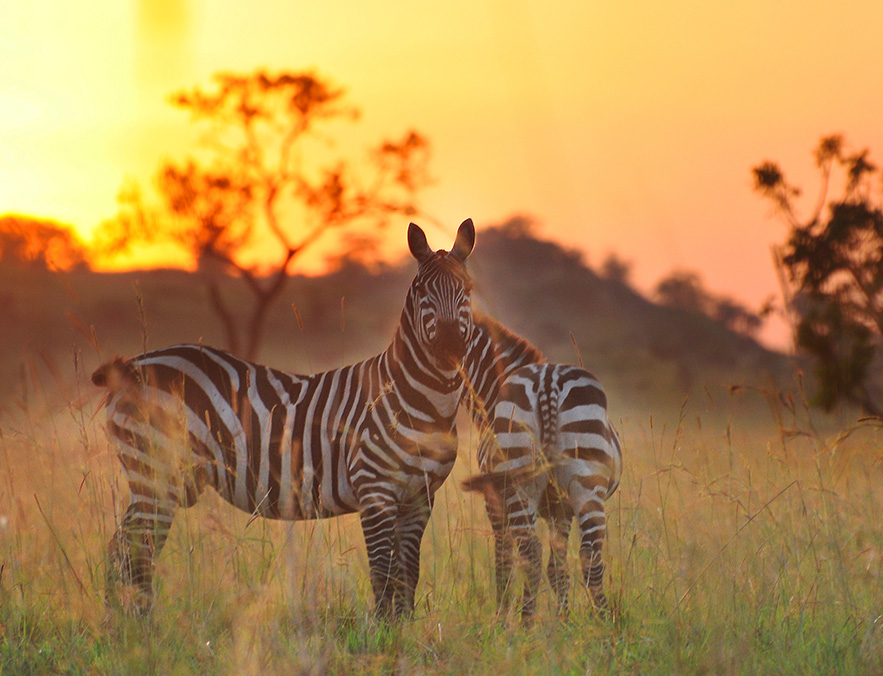 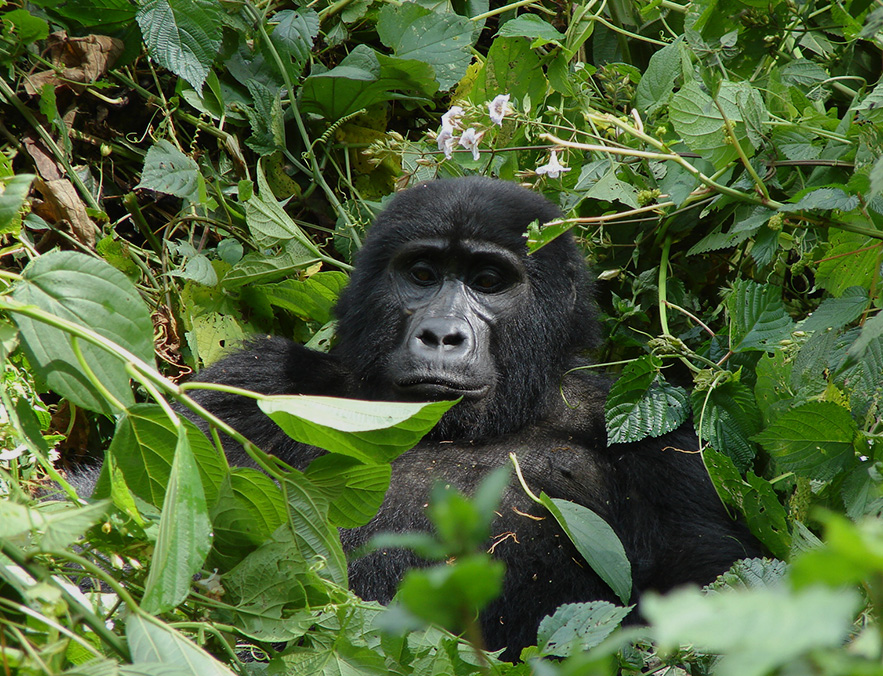 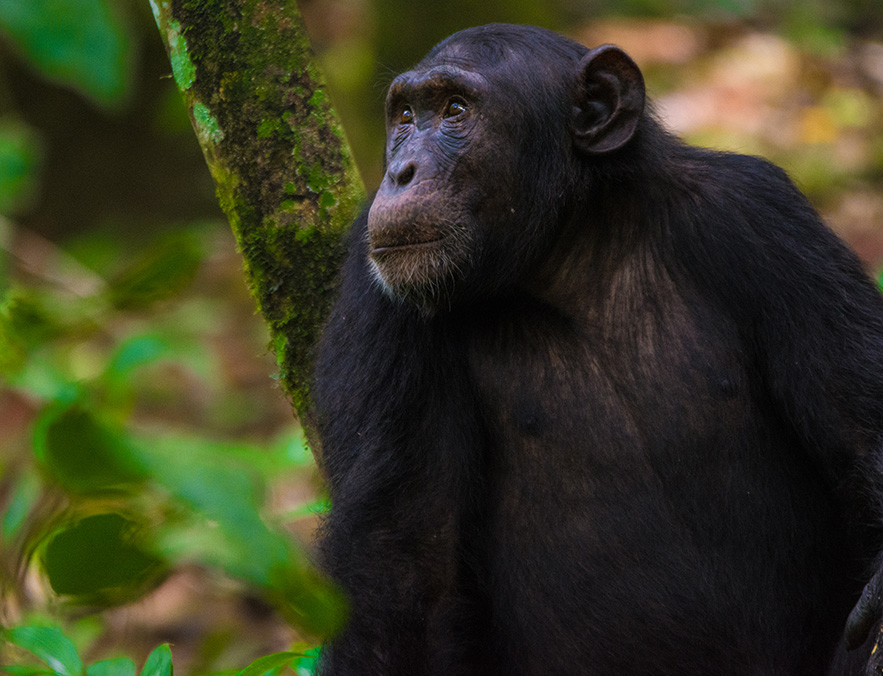